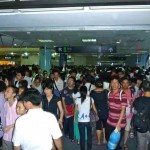 1) I have become much better at dealing with crowds. People shoving in the train, crowded streets, pushy lines, you name it! I had heard that parts of China could get crowded, but I don’t think I was really prepared for the reality. My first experiences on the Shanghai subway were not exactly pleasant, but I prevailed. I operated the same way I would during rush hour in midtown, when the commuters are all running about and the tourists are meandering in their touristy way. I found the experience in Shanghai to be interesting, I was in my typical New York mindset… in a hurry for no particular reason. The locals however were very laid back, sometimes holding hands and forming chains of people walking very slowly. It was a test of my patience, for sure! 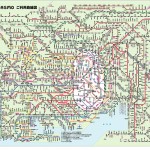 2) I can navigate most public transportation systems. When I moved to New York, it was my first time living in a city with a viable public transportation system. I will admit that it was challenging for me to figure out in the beginning, but it seems that once you figure out one subway system you can figure them all out. Every time I can navigate the public transportation system in a new city, I feel a sense of accomplishment. I think the biggest exception to this has been Bogota’s TransMilenio. It seems simple enough at first glance, but when you look at the times, stops and route numbers it can be very confusing. Thankfully the people there were very kind and helpful, so we had no real problems getting around. 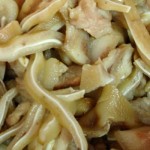 3) I will eat anything. In New York, you have the luxury of being exposed to many kinds of (sometimes very unusual) food. My rule is to try everything at least twice. I think this is particularly important when traveling, because it helps you to get to know the culture. It also makes for some great stories.

In 2007, I was teaching for a summer in a town near Nagasaki, Japan. After my teaching placement was over, Fox and I met in Hiroshima and we traveled back to Tokyo, making many stops along the way. One of our first stops was in Matsuyama, the largest city on the smallest island of Japan. Armed with confidence and my handy phrase book, I convinced Fox to join me for dinner in a place near our hotel. It was a small place filled with business men quietly enjoying their beers. We sat at the bar, and using my phrase book I asked the chef “What is your specialty?” He looked up from the pig ears that he was chopping, and launched into a long explanation in Japanese, which I of course don’t understand. I smiled at him politely and asked “What would you recommend?” His response was more of the same. Still smiling, I looked at him and said “Please decide for me.” The man got the biggest smile on his face. He grabbed one of the (what appeared to be raw, but may have been pickled) pig ears, chopped it into pieces, put it in a bowl and placed it in front of us. I had been in Japan long enough to know that it was considered pretty rude not to eat any and all food that is offered. So I thanked him with “itadakimasu” (literally “I humbly receive”) and began to chow down. I struggled quite a bit with this dish… though Fox seemed to enjoy it. Regardless, we made it through the whole thing. We thanked him with “Gochisōsama” (I had a good meal), paid and booked it for the door. We ended up in the arcade across the street at a MOS Burger, the ears just weren’t doing it for me.